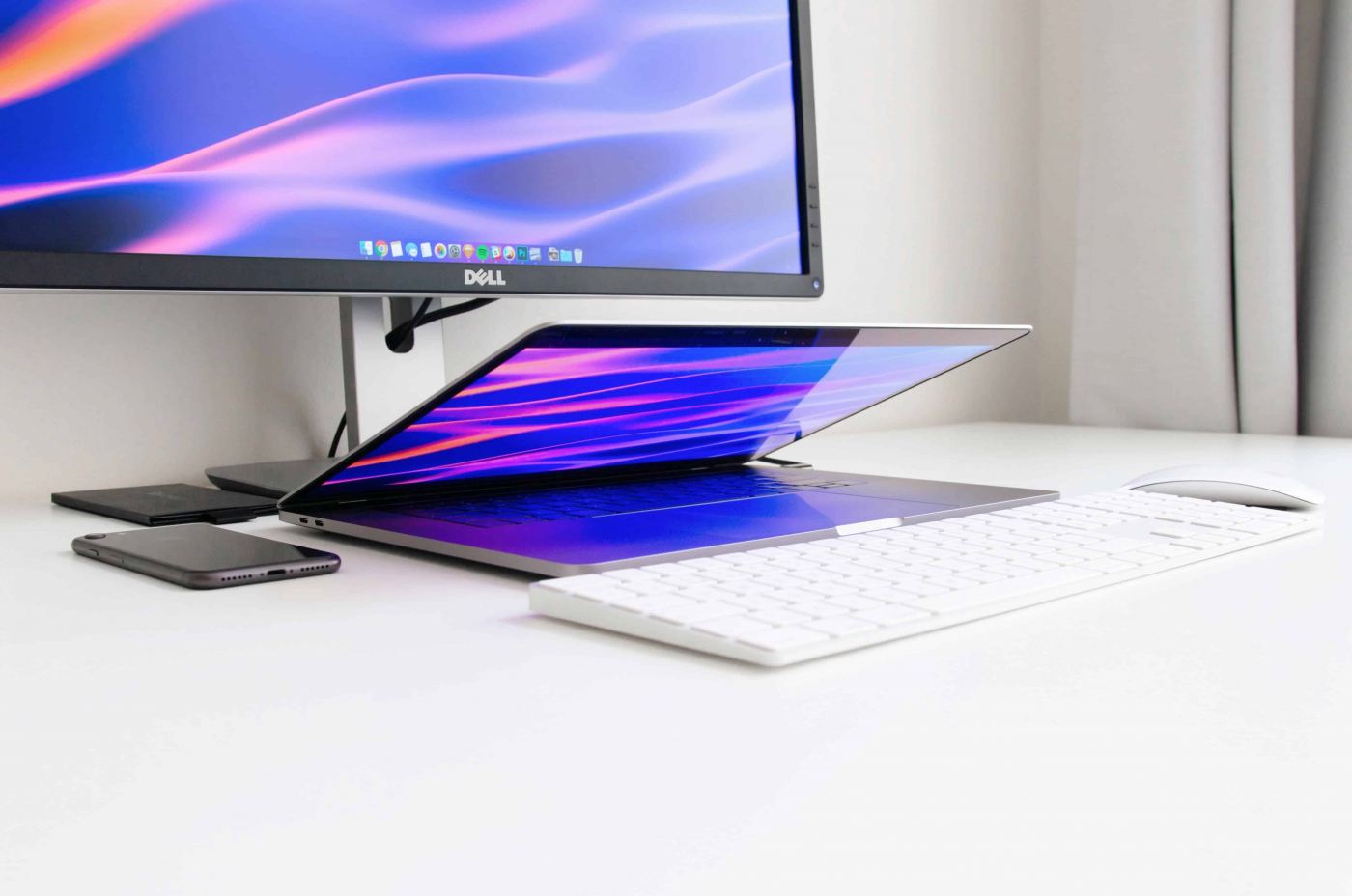 Creating something for the web is a very specific niche in software development. As such, the technology choices can often seem a little different, due to the challenges web-based projects have.

For instance, websites interact with browsers, rather than sitting directly on the hardware. Even web-based apps have to operate with connectivity in mind, as data needs to be sent back and forth. Because of all this, web design languages often differ from typical software choices - which we want to explore here.

Knowing some of the most popular web designing languages will enable you to make more choices during web projects, as well as understand the versatile scope of today’s web-building sector.

What is Web Design & Development?

What Are Web Designing Languages?

When designing software or other digital applications, coding languages enable developers to do this efficiently, rather than starting from complete binary. Through their own custom rules and commands, languages are then compiled into machine code. As such, languages are the interface through which developers can get the most control and understanding at the same time.

On top of this, there are also frameworks and libraries built on top of these languages. Frameworks provide a foundation for various applications (in this case, many frameworks help develop websites), while libraries provide existing components to save time (and many frameworks include their library as well).

In terms of web design, not every language is web-friendly or used on any popular scale. When we refer to web designing languages, we often refer to both the languages and the frameworks used. This is because not everything is a strict language under the above definition, but is nonetheless a vital component for creating a web-based application.

The Most Common Web Design Languages

Without further ado, here are the common web designing languages available. We’ve split them into two categories, the absolute essentials and the popular, newer options that are becoming increasingly involved.

Today, web browsers support a wide range of languages, but some are considered core essentials. These are the languages that all browsers are able to read and are considering the staple building blocks of web development. Typically, more modern languages (such as those mentioned later) ultimately execute as one of these languages.

Hypertext Markup Language - or HTML for short - is the language used to indicate the structure and layout of webpages. While HTML alone is not enough to create a website by today’s standards, it is where the most basic, bare-bones structures still start.

If you want to indicate paragraphs, change font or text size, or even create tables and further layout elements, HTML is what tells browsers to load your content this way.

It does this by ‘marking’ the content with tags. If you’ve used WordPress, you’re probably familiar with this. Tags have a start (such as <p> for paragraph) and end (</p>) end tag, that tells browsers to treat everything in between in a specific way, based on the tag.

The best way to think about HTML is as a framework for the content - it’s the skeleton that directs the order and arrangement of further parts.

Cascade Style Sheeting - or CSS - as you might guess, is where developers can begin to implement the ‘style’ of a website.

This language enables developers to control and define how their website ultimately appears to visitors. For example, CSS can define font size and style, the overall layout for pages, colors, and more. Like HTML, it’s a markup language and the two often go together. In fact, it’s pretty similar to HTML and you’ll often find that developers fluent in one are fluent in the other - especially if they have a background in website development.

Using WordPress again, we can see how HTML and CSS interact. With the HTML editor, users can indicate headers (<H1> for example) and even custom elements, but it’s the CSS that ultimately indicates how all of this appears. After all, a <H1> tag doesn’t indicate font size, position, color, or anything else on its own and while some of this can be done through HTML, it’s the CSS that ensures consistent styling.

Furthermore, CSS does a few things HTML can’t, which makes it useful for scaling content across laptops and mobile, to name one example.

One of the most popular web programming languages - as well as languages in general - Java has been around since the early 90s and has long been used to build websites, but it’s also used in Android apps and other areas, too.

Unlike HTML or CSS, Java is a class and object-based language - it’s what people think of when they consider ‘coding languages’. By defining objects and classes, Java gives specific attributes to items, in turn helping to define how they operate and relate to other objects… all of which makes it very versatile. This modular approach also means code can be reused, helping to save time and keep the ultimate size low.

Furthermore, Java isn’t related to any specific architecture and can run on virtually any system. This is one of the reasons why it’s so popular, as well as why it’s a core web designing language. After all, not only are browsers run on all operating systems, but developers come from different backgrounds, too.

When it comes to web designing languages, many people think JavaScript is a framework or variant of Java, but this isn’t true. We understand the confusion, as the industry often has frameworks (Ruby on Rails and React Native, for example), that are named after the solution they’re built on top of (Ruby and React JS, respectively).

(In fact, if Java and JavaScript appear similar, it’s because they both draw inspiration from the C coding language.)

In addition, JavaScript is a multi-paradigm language that enables many uses but, as far as websites are concerned, its ability to support object-oriented styles makes it a great companion for Java. It can support both nested functions and anonymous functions, alongside classes, all with well-structured syntax.

Structured Query Language - SQL - is a database query language to help websites manage large volumes of data. SQL’s relational model means it can pull data from different databases via a single command and, what’s more, it doesn’t need indexes or other additional complications to do so. This makes it highly effective for finding specific information on websites from user requests.

However, as a solution built with the specific purpose of searching databases, SQL is domain-specific and needs to work with other languages or solutions for a fully functional website. That said, the abilities of SQL cannot be overlooked, as it does what Java, JavaScript, HTML, and CSS can’t do, making it a common inclusion.

Here, you’ll find the most popular languages of today - many of these aren’t necessarily designed purely for web, and are often more versatile in nature, but their benefits have meant that they’ve earned their place in countless web design and development projects.

A relatively new language, compared to Java, HTML, CSS, etc, Python is praised for its ease of use and high readability. It does this through clear syntax, using words rather than symbols, for example.

As far as websites are concerned, Python can create the framework to build the rest of the website. Alongside this, it supports numerous paradigms and manages memory automatically.

However, the difference between Python and JavaScript is that the former only works on the server-side, whereas the latter can also operate the client-side. As such, it can’t fully replace JavaScript but it’s growing popularity and readability nonetheless make it a prime choice in many of today’s web projects.

If you’re looking for something to manage data-heavy websites, PHP (which originally stood for Personal Home Page but is now known as PHP Hypertext Processor) is a good option. It is a server-side scripting language - it doesn’t focus on frontend or client-side tasks. As such, it runs in the background, with help from an interpreter, to manage data and server-side tasks.

The biggest benefit of PHP, however, is that it can be directly embedded within HTML. As such, it’s incredibly browser-friendly. If that wasn’t enough, it’s also open-source, which helps!

Pronounced “dot net”, .Net is a framework from Microsoft that has a large focus on language interoperability. It is not a language itself, but it enables languages to use code from other languages, despite the differences. A large number of older web designing languages are supported, including C++, C#, and F#, which makes .Net a good choice for moving to more modern solutions.

Furthermore, .Net has a large selection of predefined class libraries, giving developers lots of existing code to get to work with.

However, as a Microsoft product, .Net is primarily designed for Windows-based services and has a few limitations. That said, it’s real role lies in being an enabler for other code.

TypeScript is a superset variant of JavaScript - it uses JavaScript at its core, so all applications in the latter will work in the former. However, it isn’t TypeScript alone that is popular, but more the specific frameworks built with it.

While it’s not a language per se, then, we still want to include Angular here at a web design language, because it’s commonly used in web applications. As a framework, Angular enables reusable components and other time-saving best practices. Because it’s based on JavaScript, it’s already very web-friendly from the start.

It takes numerous technologies to make something work on the web. That said, while there are many core web designing languages, such as HTML, CSS, Java, and JavaScript, newer options are also opening up new possibilities. It’s these innovations that enable websites to compete with today’s modern technology standards, so they’re just as vital!