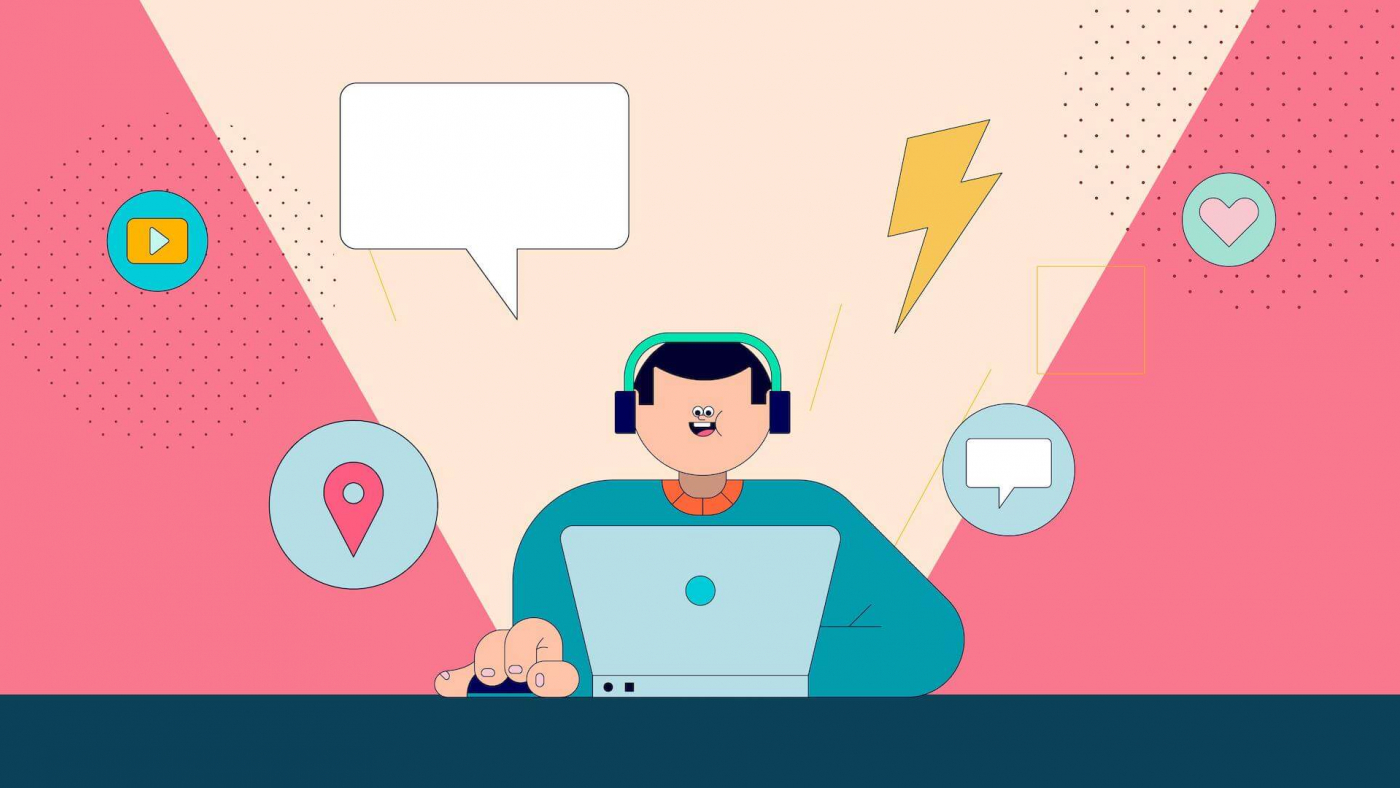 Mobile app development is a fundamental cornerstone of the tech industry, but the necessity of adapting a product or service for all mobile platforms has been a challenge for years. Yet the recent popularity of cross-platform apps run by React Native, Ionic, Xamarin, Flutter or other frameworks has emerged as a solution that helps to minimize costs and speed up time-to-market while also providing the high quality.

However, it’s important to focus on the right technology before you start the development phase. We have already compared React Native with Ionic, so now it’s time to define how React Native is different from Flutter.

React Native is a framework created in 2015 by Facebook to allow for smooth and easy mobile cross-platform development. React Native applies the React.js architecture to build native Android and iOS apps. You're not creating a hybrid app using React Native. Due to its ability to convert JavaScript into native components using so-called bridges, React Native allows developers to share the code between two platforms. The bridge here is a layer that transports batched asynchronous response messages from JavaScript to the Native modules.

The framework itself allows creating real mobile applications identical to an application built using Swift/Objective-C or Java/Kotlin. React Native has the same basic UI building blocks that are used by iOS and Android, but here they are put together using JavaScript and React. This, in turn, lets developers create applications for both operating systems using the same UI codebase. It is one of the reasons why React Native has been considered the most well-known cross-platform system in recent years.

React Native allows the reuse of up to 90 percent of code between Android and iOS. It means you can deploy the same code on both platforms. This feature not only minimizes production time but also optimizes the budget of your project.

Hot reload lets the developer see the impact of any improvements made to the code immediately. While one window shows lines of the code, the other shows the effect of those changes in the app interface. To improve the developer experience with hot reloading, the React Native team includes in 0.61 version a new feature called Fast Refresh that unifies live and hot reloading. It’s more resilient to typos and mistakes compared to the previous version.

Even when JavaScript can not be as fast as the native code, customers will not feel the difference as React Native works fastly and robustly. GPU (Graphics Processing Unit) is used there to render the React Native architecture well-tuned and compliant with all devices.

React Native is readily accessible even to those who are unfamiliar with React. For most of the frameworks, you have to study a lengthy set of concepts that are useful only for this particular technology. React tries to do the opposite. The major part of the React Native code is popular JavaScript. So, this framework is easy to pick up for those who learn JavaScript allowing most front-end web developers to become mobile developers.

Apart from Facebook Team that has created React Native, it has a large community of developers to support it. This group of contributors, along with Facebook, is constantly enhancing the platform for further development. If you want to check the latest ideas or give your feedback, React Native, you can open Discussions and Proposals repository on GitHub.

All you need to do is add components of React Native UI to the code of your current app, without having to rewrite it. Alternatively, developers can use a plugin, if a current hybrid app was developed using Ionic and Cordova. This is a huge benefit for companies that are looking to extend an existing product/service without its redesign.

Flutter is another cross-platform mobile development framework that uses the Dart language. It was the 2015 Dart developer summit when Google presented to the public the first version of its cross-platform framework (initially called 'Sky'). Google has created Dart and Flutter in order to apply it for some of its biggest applications and promote own framework as the best way to build cross-platform applications.

A widget is the main building block of a Flutter application. Widgets are similar to React Native components. They can be described as app visual blocks that form the entire UI. Depending on the type, each widget may define, for example, a structural element (menu, a button), a layout aspect, style (color palette, font), or others. Flutter comes with a lot of ready-to-use widgets which include design-specific element sets like Material Design or Cupertino (iOS-style) but developers can also build their own widgets.

Some of the top apps built with Flutter

Code modifications are shown in Flutter as soon as they are made due to the feature such as Hot Reload. Developers can easily track all the improvements they've made to the code. It leads to better collaboration between front-end developers and UI designers if they want to change the look of the app and instantly check alterations. However, Flutter's hot reload has limitations and some unsupported cases are listed on their page.

Unlike React Native, Flutter's architecture doesn't use a bridge to interact with native components as the code is compiled into a native, ARM and x86 libraries. This provides the application with an additional performance boost. As for results, Flutter Team claims they aim to provide 60 fps (frames per second) performance or 120 fps on devices capable of 120Hz updates. That's why apps designed with Flutter make the scrolling experience smooth, without any hanging or cutting.

Some functions specific to the app, such as geolocation or camera, require access to native features. These functions have to be implemented with native languages, so Flutter gives the feel of developing on the native platform. Flutter allows developers to reuse your existing  Swift/Objective-C and Java/Kotlin code to access native SDKs and features on iOS and Android.

One of the main open-source strengths is its fast-growing community. Due to efforts of Google and external contributors, Flutter makes onboarding easy by showing examples of key tasks implementation and providing support on popular IT and social platforms (Stack OverFlow, Google Groups, Reddit and so on). All the necessary info and links to communities are gathered on Flutter community page.

Flutter uses an internal graphics engine called Skia to render all interface aspects. Every pixel on the screen is owned by the Skia canvas that leads to highly customizable UI. Even on older versions of the operating system, Flutter apps look just as good as on the most recent ones.

Their cross-platform design typically follows the principles of Google's Material Design with minor changes for different devices or customizes the entire UI based on the best solutions taken from Android or iOS. In addition, front-end developers need just one UI design prepared by designers.

How they are different?

As cross-platform solutions, both React Native and Flutter have a lot of similarities such as code reuse, hot reload, close-to-native performance, excellent UI. Let’s check out now what’s the difference between them in the context of core mobile development factors.

For the respectable four years React Native has existed as an incredibly common system, while React Library goes much further back to 2013. Developers can find detailed documentation, online support, a wide range of learning opportunities for both the architecture and its programming language (JavaScript). We also should admit that according to Stack Overflow insights, JavaScript is the most widely used programming language in 2019.

By comparison, Dart used in Flutter is a relatively new technology. Therefore developers need to get used to entirely different titles, custom components, different UI structuring. Obviously, it’s not as widely known as JavaScript. At the same time, the extremely detailed documentation and steep learning curve of Flutter are remarkable though.

In terms of the time that programmers have to spend on the development, React Native has a better position and offers more reliability. This framework uses ready-to-use native components which makes the development process easy and quick, and as a positive consequence, it boosts time-to-market.

In comparison, Flutter uses its own collection of widgets that are also well-adaptive to different platforms. Nevertheless, as this platform is new to the world of mobile application development, some widgets require additional adjustments to match your needs.

Flutter’s approach is quite different from React Native and even NativeScript. Flutter’s application is compiled using the ARM C and C++ library. It’s closer to machine language and gives a better native performance.

As for React Native architecture, JavaScript bridges to native components which may slow down the app’s work. As we mentioned, the final user can hardly feel the difference, but Flutter gains a point here since the C++ engine works flawlessly.

React Native is based on native components while Flutter works with ready-to-use widget sets for Material Design and Cupertino. Flutter's idea allows implementing designs of the particular platform as well as to customizing them. On the other hand, React Native relies more on components written by developers or on third-party libraries.

Depending on the platform (Android or iOS) the screen will display native UI elements familiar to users from other apps. So, both frameworks solve the issue of presenting the graphical user interface in a native (or close to native) way.

The React Native community has grown significantly since its release in 2015 and continues to gain popularity among junior and senior developers. Most importantly, you will find a solution to pretty much any issue you may face.

The current number of React Native contributors on GitHub is 2077 against 558 for Flutter. Despite those numbers, the popularity of Flutter is making big waves as the interest in this framework is stably growing as well.

As we mentioned, Flutter doesn’t have such a big community as React Native. Yet the support of the Google team is very efficient in the context of documentation.

Their advanced and well-organized documentation facilitates understanding of all the Dart's complexities. In a short time period, Flutter's team responds to user's queries that help developers get started with Flutter faster than React Native.

Despite different architecture, the differences between React Native and Futter as cross-platform development frameworks are minimal from the perspective of end-user. It is important to note that each of these solutions has distinct pros and cons that make it tricky to choose the winner. From the perspective of reliability and the number of integrated features, React Native is leading at the present time.

However, Flutter is rapidly growing due to its great performance, thus both solutions are equally popular now. If you want to check which framework is better for your next mobile app, keep in touch with us and you will get  pro guidance from UIG mobile development team