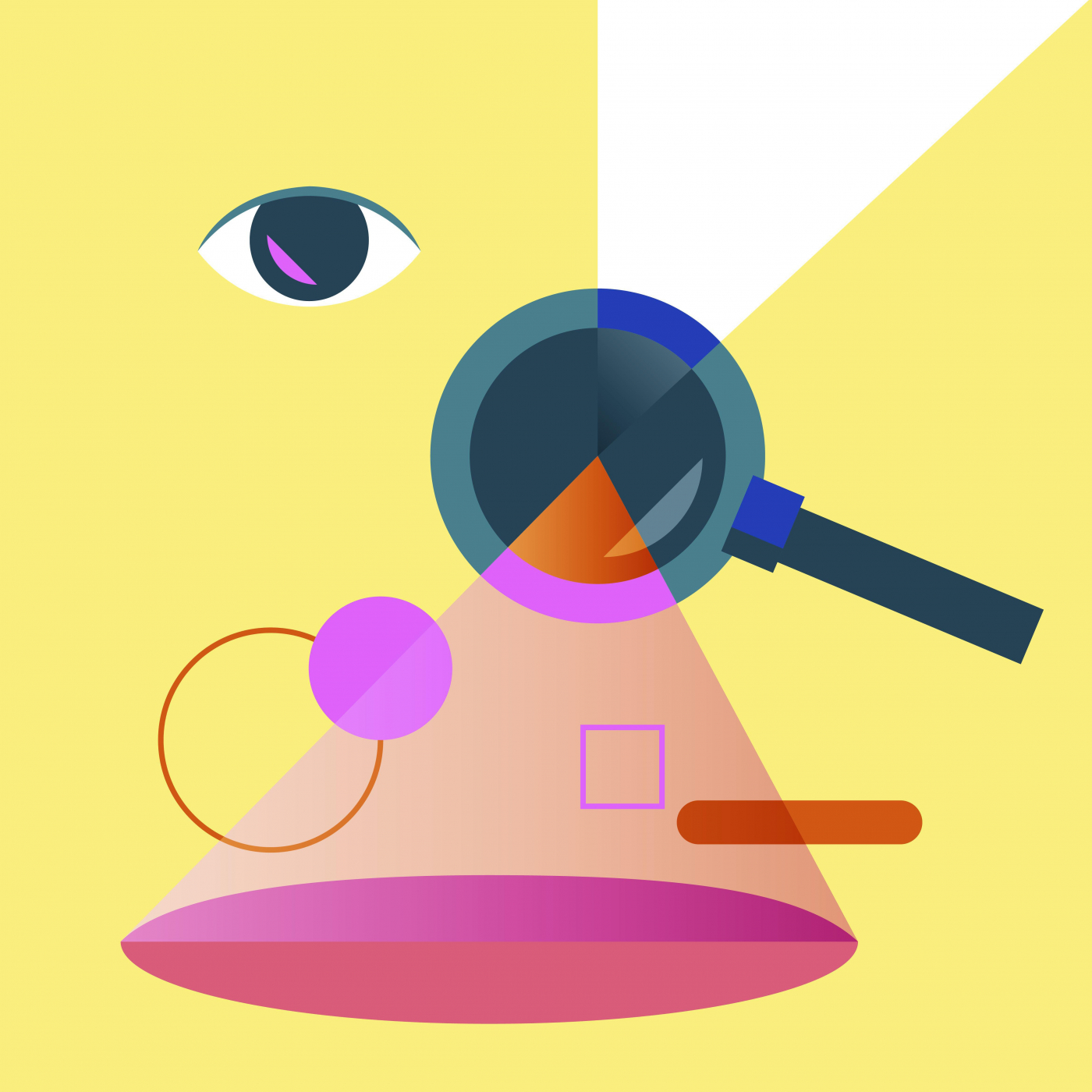 If you’re looking to make a mobile app - or even a web app with a vital mobile component, there’s one question you’re very likely to hear every time: React vs Angular, which side are you on?

Both are popular options and both can be found in a variety of leading products, companies, and apps. So, how can you decide?

Well, here’s everything you need to know about React JS and Angular!

Created and supported by Facebook, React - also known as React JS - is a JavaScript library initially released on May 23rd, 2013, although its prototype predecessor FaxJS existed since in 2011. It was originally designed for developing the view layer for mobile and web-based applications and, as such, it focuses on frontend development, specifically via reusable components for faster, smoother applications.

It is also open-source and, as such, has an active community that continues to grow, which is helped by Facebook’s continued support.

Angular was created by Google in 2016 and it is an open-source structural framework designed for front-end development.

Whereas React JS uses JavaScript directly, Angular is built on top off Typescript, which is itself a superset of JavaScript. That said, it’s also worth noting that a ‘pure’ JavaScript variant known as AngularJS has existed since 2010.

In terms of uses, Angular is suitable for both mobile and web development.  As such, it features many more web-specific options, such as HTML templates, CSS encapsulation, routing, and Ajax requests.

The Difference Between Angular and React

Is angular better than react? Or is React better than angular? Truthfully, there are enough differences that this choice depends on your exact needs. That’s why we’re going to go over the main factors here.

Before we begin, let’s get the most obvious out of the way: functionality. The biggest difference is that Angular is a complete MVC (Model-View-Controller) framework, while React is a library that only supports the View layer.

The benefit here is that Angular can do more in a single project - however, the trade-off of this is that you’re then limited by Angular itself. With React, on the other hand, you’re only working in the view layer, so your choices for the wider framework are still up to you.

There will be plenty of cases wherein Angular serves all of your needs, while in others, React will be more justifiable because its ability to work well with wider architecture choices ensures greater freedom and ambition.

Popularity is important - a more appreciated solution will make it easier to find qualified developers both now and in the future. When it comes to React vs Angular, both also rely on a community for support (outside of Facebook and Google, respectively), so this is also vital for long term success.

Looking at Google Trends, while both have grown in similar correlation, React continues to outweigh Angular in the number of searches (and, by argument, conversations).

However, when we look at Github and other developer-specific sources, popularity is significantly much closer. As of writing, React has 1,353 contributors, with 12,774 commits, while Angular has 1,083 contributors, and 16,904 commits. Given that React had at least five year’s head start, this gap is surprisingly minimal.

It’s also worth noting that both options draw from the same JavaScript community (with the added mention that Angular focuses on TypeScript, which is a subset of such developers). This language, after all this time, is still the most popular option for coding. It’s appreciated by 67.8% of the community, according to Stack Overflow’s most recent annual survey.

These are important factors that keep both options important.

A barrier to Entry & Learning Curves

Let’s assume you don’t have any specific React or Angular experts on hand but you do, fortunately, have JavaScript developers that are eager to learn something new. We already said that both options use JavaScript, so how easy is it to familiarise them with each?

React JS is arguably easier to pick-up at the start. As far as the most pressing or complex factors, developers need to be able to code components, manage the internal states, and a few other features. That said, there are also no new logical structures or TypeScript to learn.

Angular has a lot to learn at the beginning. From directives and decorators to components, pipes, and dependency injections, there’s a great deal to cover. There’s also Rx.js, as well as TypeScript, to master as well. All of this means that Angular has a steeper learning barrier for inexperienced developers.

Yet this isn’t everything - as we’ve seen, both options are highly popular, so these initial challenges haven’t stopped Angular from being widely appreciated or utilized.

Let’s also take a second to recap the general factors that link to both React and Angular’s performance.

These are all important factors to consider for each project. Of course, we can’t say that one is always better than the other. If it was that simple, we wouldn’t have two options, to begin with.

Another key difference with React and Angular is their use of Domain Object Models (DOM) - React JS uses a virtual DOM, while Angular uses a regular DOM.

The main differential factor is speed. React’s virtual DOM only looks at the current and most recent of the structure, which keeps applications light and performant. Angular’s regular DOM, consequently, has to utilize the wider tree structure, which slows everything down.

On smaller systems, this might not matter, but when scaling to hundreds and thousands of requests, performance is noticeably impacted for users.

On the other hand, as a consequence, React requires more work for developers. Let’s say you change a UI element (and, remember, both React and Angular are used in the view layer, so UI elements are a common task), you then have to manually change the model state.

While state management libraries or even callbacks can help reduce this extra work, its nonetheless an extra step that isn’t needed in Angular, as its two-way binding updates both at the same time.

We previously mentioned that React uses JavaScript, while Angular requires TypeScript, so how does this impact the two options?

JavaScript is more popular by far (as TypeScript came from JavaScript, this is unsurprising), and, as a dynamically-typed language, it doesn’t require developers to manually define every variable's type.

TypeScript, on the other hand, is a statically-typed language - the variable's type often needs to be defined, depending on the configuration of the project in question. This takes more work. On the other hand, this does help developers with an Object Orientated Programming skillset transition over better, but this is not often a core requirement for many projects.

So, is there an upside to TypeScript? Yes! It’s known for its consistency and a greater sense of control since you can (and, well, have to) define the variables yourself. This may be one of the reasons TypeScript proves very popular; according to Stack Overflow, it was the third most loved language (73.1%), which is higher than even JavaScript (66.8%), which came 11th!

Lastly, it’s worth noting that, since it’s on JavaScript, you could implement TypeScript with React, but it’s never required. Angular, on the other hand, requires it, which adds a layer of limitation.

React vs Angular on Mobile

Both Angular and React have a broader web/mobile focus. So, what if you want to develop something purely for mobile?

With Angular, you have access to a wide range of components and a stable framework, but it isn’t aimed at a truly native mobile experience. Many often pair it with Ionic and Cordova, for example, to develop hybrid mobile applications.

React, on the other hand, has a mobile framework variant - React Native - that is built on top of React JS. As such, React developers have another tool at their disposal that would require little effort to become familiar with. Like its older JS cousin, React Native is also designed for view layer frontend development.

That said, please remember the earlier point about functionality. Angular is still a much wider solution whereas, with React, it needs to be paired with other solutions to fully realize the MVC framework.

Facebook includes Jest - it’s testing component - for every React project with no need for any configuration. It’s simply ready for use and even comes with an extensive mocking library. While you can use it with other testing utilities (as JavaScript has plenty of options) the fact is that React gives you a testing solution that’s ready to go.

Angular, on the other hand, isn’t so easy. There’s no default integration with zero configuration. However, this doesn’t mean you aren’t without options, as many developers opt to use the Jasmine testing framework, which is Angular-compatible. Karma and Mocha are some other options, too.

Ultimately, there’s no one key difference between Angular and React that will determine this answer, as each has its own merits. React is often appreciated for its ease of use, making it a better starting-off point, while Angular has a few more challenges but offers a more robust framework that covers the entire frontend in return.

If you have specific needs, Angular can work wonders, but many prefer React because it’s more agreeable nature in regards to learning curves and compatibility make it better for wider projects and scopes.