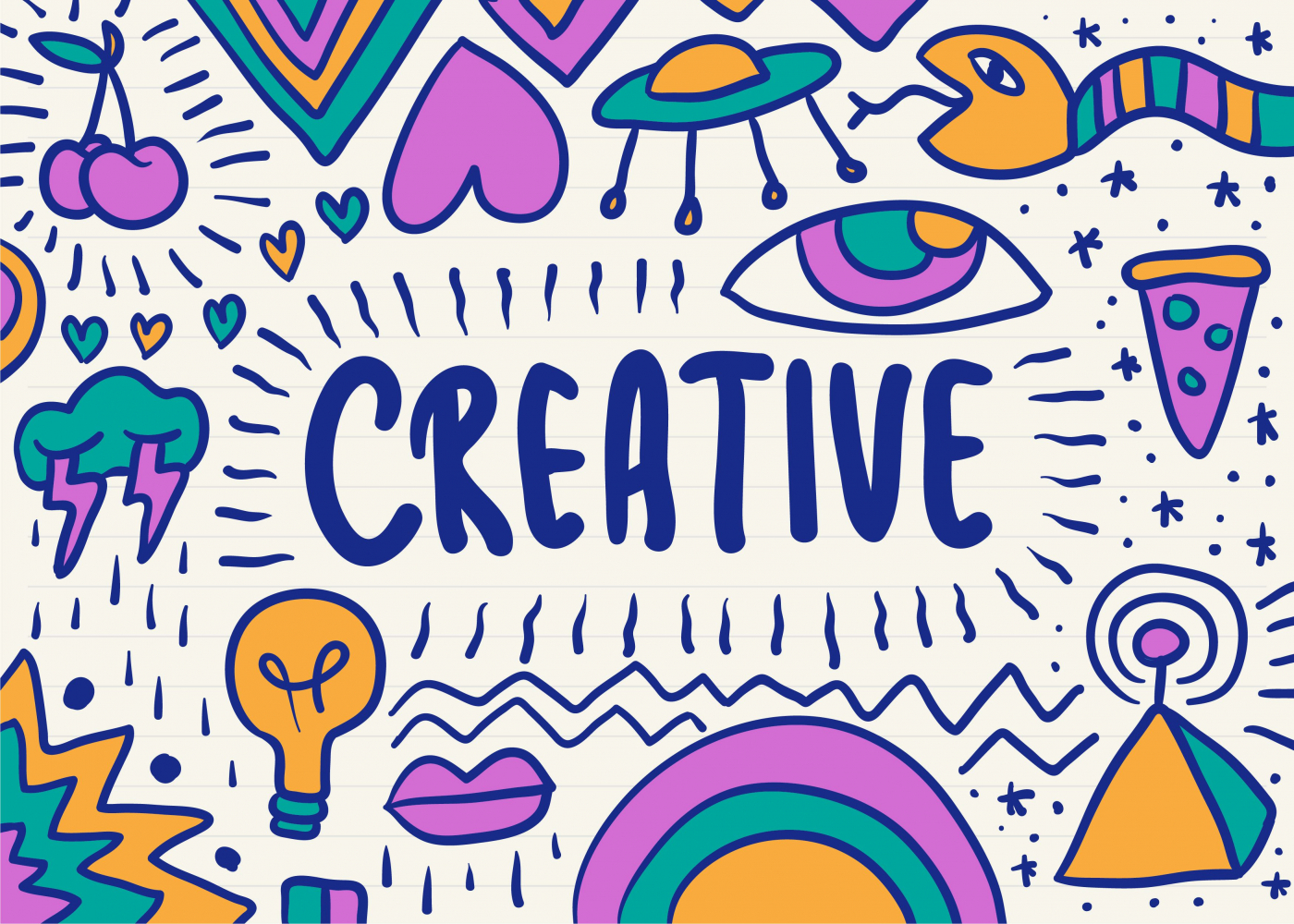 When it comes to planning your designs, there are many internal resources to create or choose from. The big three, however, are pattern libraries, style guides, and design systems.

But which is right for you and why? Given that these resources need to both please designers, developers, and anyone else involved in this process, there’s certainly a lot to consider!

What Is A Style Guide?

A Style Guide is a company’s rules regarding its branding - this covers both visual elements, such as logos and imagery, as well as written content, such as tone of voice.

It defines how the company is represented throughout online, offline, in-house, and external appearances. Style guides define how a company wants to represent, whether it's via a choice of color, the prominence of the logo, or the language and tone used in materials.

For the most part, there is nothing technical about a style guide - it is a purely written set of rules. It can include:

… and more. It may also be referred to as a “brand guide” or something else, but these are the same things.

Such a document is used internally by all contributors and content creators, whether its designers for apps or writers in PR, to define and maintain the organizational image.

Almost every large company has a style guide. Most are kept as internal documents and not openly shared. This is particularly difficult as those that do share their style guides have often also implemented a design pattern library or system.

However, some notable examples here are:

What Is A Pattern Library?

A pattern library - which may also be referred to as a component library - is a central and digitalized collection of a brand’s reusable assets.

Naturally, this focuses more on the UI; you can’t ‘re-use’ words in this manner. While there may be some automation, most pattern libraries involve designers and developers going in and taking existing assets to create or develop materials.

In other words, teams responsible for print media and digital applications can both use the same resources, saving time and adding consistency.

So, what can be found in a pattern library? Mostly, you can expect to find:

Pattern libraries are in many ways the natural evolution of a style guide, so many of the latter naturally progress to become a component library.

Here are some key examples:

What Is A Design System?

A design system provides complete documentation and branding standards, using automation to provide consistency and faster time-to-market for both developers and designers.

The main differentiator of a design system is that its assets aren’t copied and pasted to each application or website - they’re directly recalled in-code. As such, when these apps load, they load the most recent rulings in the design system. A change in the system is instantly reflected in the products and materials.

Furthermore, a design system contains a great deal of information, including:

As for components, most design systems focus on ‘atomic design theory’. When every larger component (called organisms) is made from smaller components (molecules), and those molecules are made of individual assets (atoms), a change at the atomic level ripples upwards.

For example, a singular webpage may feature a form. This form is an organism created from buttons and fields (molecules). These are defined by the atoms - such as color, font, spacing, etc - of the design system. These same atoms also define the form on a mobile app, for example. Changing the color in the design system itself then changes the color across all these forms - and any other organisms calling these assets - as it becomes updated.

Design Systems are the most recent of these three options, but we’ve already got many good examples to choose from:

Both a pattern library and style guide ensure consistency through rules, but they do nothing to ensure or assist with the enforcement of these rules. Because they still require developers to copy and paste assets (as with a pattern library) or even recreate from scratch (as is the case with some style guides), they can still lead to inconsistencies.

A design system, on the other hand, requires developers to pull - and only pull - assets from the central repository. This way, there can be no room for inconsistency.

On a similar note, a pattern library focuses more on visual assets, while a style guide can favor written content and tone. The two are often used side by side as a result.

A design system often combines the two - at least in terms of visuals such as typography and assets. That said, it’s not the place to define your written values. While you can include these, you’re essentially adding a style guide to your design system, which is not a bad idea by any means.

On the same topic, only one option is truly automated. Only design systems recall from a central location, so one update can get rolled out across the entire branding.

With a style guide or component library, this will need to be automated. In the examples mentioned previously, such as Lonely Planet’s, the assets were fully coded but had to be implemented manually. If these assets are changed, someone has to go in and spent time personally changing everything. Even then, there’s always the chance that they forget something or make a mistake at any point.

Big organizations often want to prototype and test new features, but want to do it as quickly as possible. This is typically done with wireframes - the most bare-bones approach - to save time and resources.

For visuals, designers often go into the pattern library and crudely paste together assets where possible. The style guide often rarely comes into play at this stage.

With a design system, the automation comes into play. Need a prototype that has buttons, forms, or menus? With a design system, you can quickly recall the most up to date assets. This ensures your prototypes and PoCs have the same look and feel like everything else, which makes it easier to fully evaluate them.

Pattern Library vs Style Guide vs Design System - who can use what?

Now that we know what each one does, how does each fit into an organization's needs and departments?

When designers create assets, they have numerous tools that they can turn to, such as Sketch. This is why pattern libraries are often a go-to for visual creators, as they can store creations quickly and readily.

They will also have a say in the style guide, at least as far as color and tone goes. After all, colors also have emotions (red is often very passionate for example, while blue is both casual and corporate) that need to match the language.

As for a design system, it might take a little more work, but this is much better when looking at the wider picture.

When designers put assets into a design system’s repository, they know they can always use it again and it won't be changed. They won’t be asked to recreate the same assets over and over again, saving them significantly more time in the long-run.

Writers, however, will look to the style guide, whether it’s part of the design system or a separate resource. As long as they can access and update it, they have what they need. Language and tone isn’t something that can be readily automated or updated (there’s very little room for ‘fine and replace’ with broad language).

Developers need to take the assets design teams create and turn them into various products, such as apps, websites, newsletters, etc. Their focus is on efficiency; they want to be as quick as possible.

With a style guide, they need to constantly read the rules and plan ahead. Even with a pattern library, there’s a lot of manual work involved. Yet it’s manual work - time, even - wasted on repetitive tasks.

Likewise, updates to either of these require at least one developer to go back and make any changes. With a pattern library, this is just a case of replacing code but, as we’ve already mentioned, this takes time and can still lead to errors.

A design system fixes both of these issues. Developers just add recalls where needed and let the design system do the work - they know it will be exact and correct. Furthermore, updates are taken care of at the design system level, so nobody has to worry about repetitive, manual tasks ever again.

It’s also worth including testers here, as their need to test these assets is reduced significantly. They can test assets when implemented to the system, while both testers and developers can dedicate larger amounts of time for the more unique features and challenges.

Fortunately, a design system can do work for everyone! While designers might feel more at ease with a Pattern Library, it only takes a little extra work to get up and running with an automated design system.

From a development perspective, design systems are the only real option for drastically cutting down development time, both during creation and updating products. This enables the company to be more agile, adapt its branding as needed, and otherwise expand at the pace it needs to without exhausting all of their staff along the way - or needing to greatly ramp up teams just to cope with scale.

Pattern Library vs Style Guide vs Design System - all are good, but only the latter encompasses everything. While most companies start with a style guide and begin a pattern library as their digital and visual assets become more vital, a design system is the end goal of this journey. It adds automated and ensures consistency, while simultaneously cutting down time wasted on manual, repetitive actions for designers and developers alike.