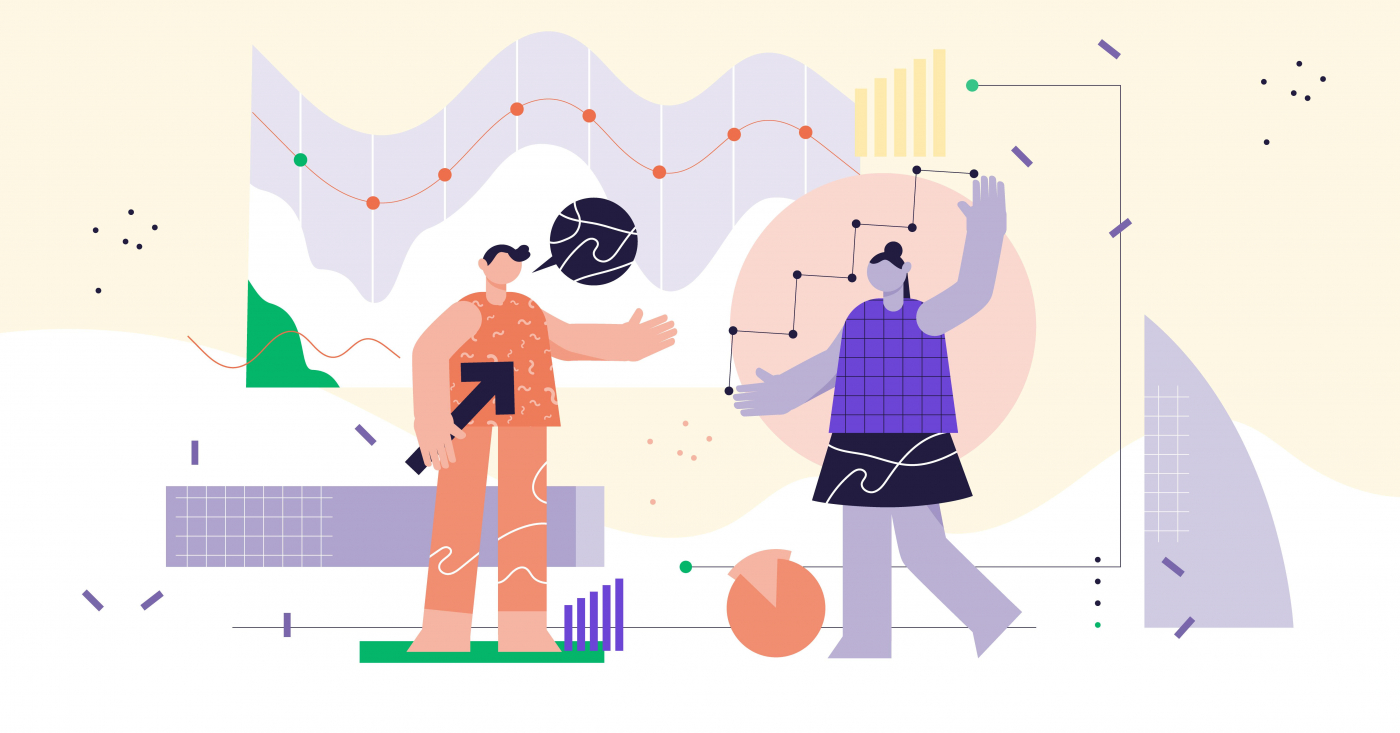 When it comes to developing apps, you have a lot of choices for creating the frontend, but the two that often stand out the most are React and Vue. Both are increasingly popular and dominating the tech landscape, but which do you choose?

Here’s our guide to the ins and outs of each, as well as the key differences, which should help you make the best decision at the start of every project!

React is a JavaScript library released by Facebook in May 2013. Because it is based on JavaScript, it is also known as React JS, which helps remove confusion with a subsequent framework for a mobile frontend, React Native (which uses React JS at its core anyway).

Specifically, React JS was designed for the creation of user interfaces - more specifically, the view layer for both web and mobile applications in the Model View Layer (MVC) framework. It is often used for Single Page Applications and even Progress Web Apps. As a library, it provides reusable UI components, which is of great use to the aforementioned SPA and PWA projects.

Originally developed by Jordan Walke but supported by Facebook, React is open-source, so it also has a large community of developers and other interested organizations, aiding its long term success.

What is Vue JS?

Vue is a JavaScript library initially developed and released by Even You in February 2014. Similar to React, this library is also referred to as Vue JS, in light of its JavaScript roots.

It is designed to help developers with frontend development, focusing on the View layer of the MVC framework. It is built with progression in mind and, as such, is often used in Single Page Applications and Progressive Web Apps, although it can also be used in more traditional websites or apps.

Although originally developed by You, who used to work at Google, Vue is also open source and is actively supported by numerous developers and wider organizations, aiding its growth and popularity.

React vs Vue: How Are They Different?

React JS and Vue JS are both JavaScript libraries that have been around for a long time, with only a year’s difference at most. Both also focus on the View layer of an MVC framework. Both are open source and have strong communities and ongoing support.

There are many things that React and Vue have in common but, ultimately, projects only need one JavaScript library for this part of a project. So, where do these critical differences lie?

React and Vue are two of the most popular JavaScript libraries around, which gives both a strong advantage.

Both frameworks are also moving ahead of other options, which is a good sign for the future. In terms of demand, the difference here is minimal - these marginal leads can easily change between React and Vue in the years to come.

So, why does this matter? The popularity of a framework is a strong indicator of how well it will be supported in the future. Developers and companies alike prefer to use React and Vue, so they will continue to be improved and supported for years to come. It will also make it easier for companies to find respective developers as well.

Both React and Vue are open source projects, as well as popular frameworks, so is there any difference in terms of further support?

Realistically, both React and Vue will continue to belong supported. However, this is one difference that needs to be stated: React has dedicated support from Facebook,while Vue is not officially backed by any company.

The latter is handled by an ex-member of Google, but this company has never officially been involved in Vue’s ongoing future.

That said, while React’s support makes it more ‘official’, it will also be guided towards Facebook’s own needs first and foremost, with developers and companies elsewhere filling in the gaps as they need. Vue’s open community, however, can apply it to their own needs.

React vs Vue Learning Curves and Barriers To Entry

Since both React and Vue are JavaScript libraries, they both draw from the same (and substantial) pool of JavaScript developers. So, alongside ongoing support, we can also measure popularity by how willing developers are to re-use each particular library.

Both have official documentation - including guides for getting started - but is this enough?

According to a survey by StateofJS, we can see some interesting facts:

So, what does this mean? It’s not always clear, but it looks as if Vue has a slightly difficult barrier to entry, but we should also remember it’s not officially supported by a company, whereas React has Facebook’s official support.

That said, Vue has a substantial growing interest that will likely change these figures in the near future.

Both React and Vue perform fairly similar, except in one area: the DOM. Short for Domain Object Mapping, this defines the hierarchy tree-mapping for finding objects within a larger document. In other words, it impacts how the final app finds and recalls objects - needless to say, this in turn highly impacts performance.

React uses a Virtual Dom that is able to implement partial refreshes. By not doing a full refresh, React stays light and speedy, leading to faster performance. It’s also not browser-specific, giving it greater cross-compatibility.

Vue also uses a Virtual DOM, but has streamlined this even further than React. It is noted by many as being faster as a result. If speed and performance are of the highest concern, this is a critical difference to keep in mind.

On a similar note to performance, the size of each framework also impacts performance - a smaller framework will naturally lend itself to lightweight projects.

While both are quite small, Vue is smaller and about 80% of React’s size, coming in at 80 KB and 100 KB, respectively. While this is no guarantee for the future, it’s clear Vue’s dedicated focus on being small and quick lends itself well in certain specific situations.

React and Vue are both powerful JavaScript libraries, with a focus on reusable components and fast performance. Both are justifiable in virtually any project. However, it’s always worth paying attention to the specifics and React’s larger support might make it more favorable for large scale projects, whereas Vue’s ease of use, readability, and smaller size mean it brings significant benefits to smaller applications that want to stay lightweight, simple and performant.