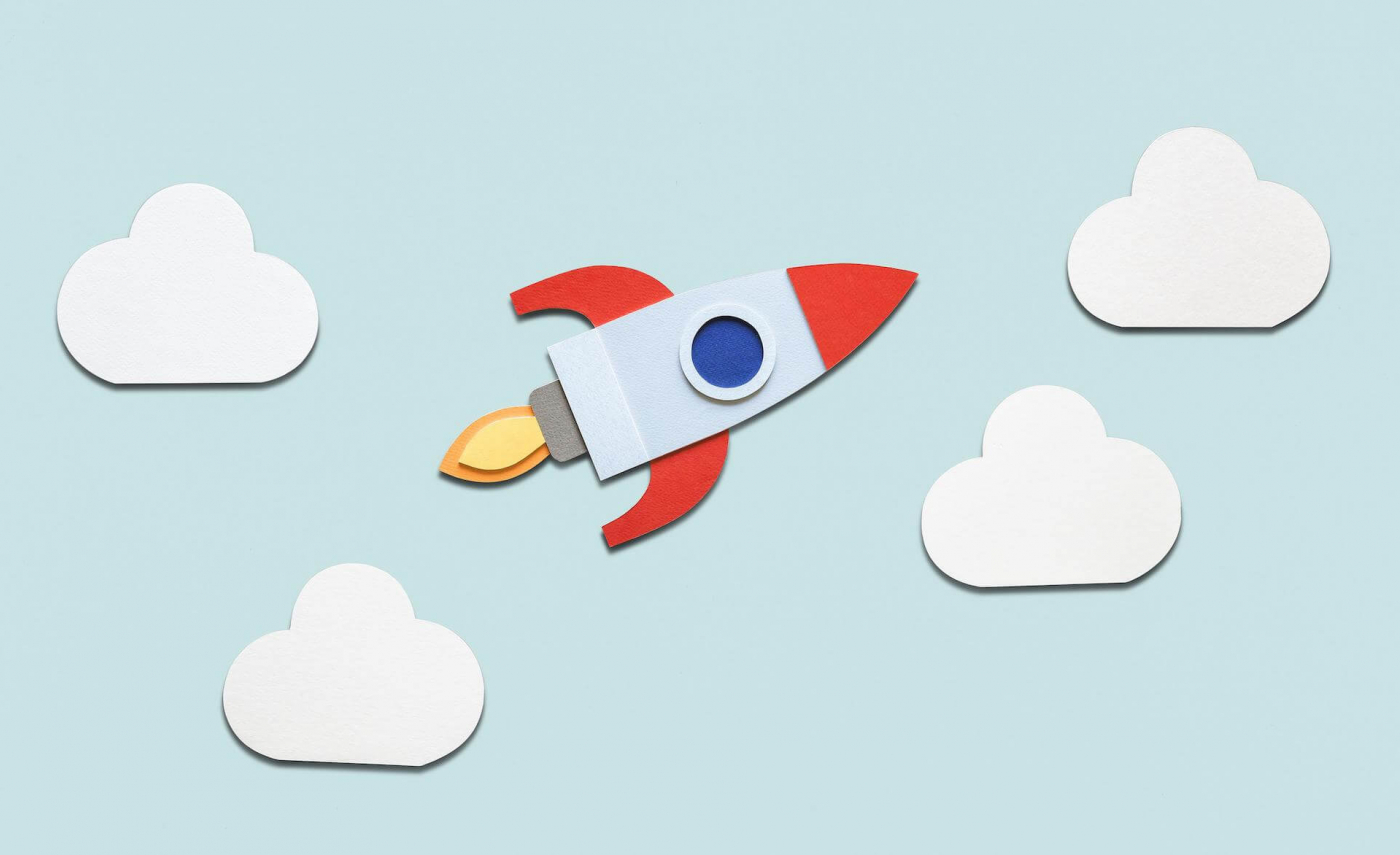 Geographical Information System (GIS) technology refers to various technologies for utilizing spatial data in software. It can include the collection, editing, transformation and analysis of this data, in addition to its visualization and representation.

As such, it can be difficult to understand GIS at a glance. We’ve prepared this overview to explore the concept in more detail, as it’s commonly used in various applications and software. In other words, it’s important to understand what GIS is and what it’s capable of.

It’s surprisingly tricky to come up with a singular GIS definition. People seem to disagree on where GIS starts and stops. It can be said that, at its simplest, GIS allows you to visualize your data in the form of a map, with specific attention to spatial relevance and scale.

However, if you’ve ever worked with data before, you already know it's typically much more complex than that. We have to consider how this data is captured, stored, formatted and updated - then we also need to determine how it's analyzed and displayed. Because of this, GIS crosses the boundaries of both hardware and software.

For example, the data that doesn’t relate to spatial or geographical coordination doesn’t fall under the GIS definition. For example, apps like Airbnb or Google Maps clearly have the coordinates for various locations. This is GIS data, as it's relevant to their position on the map. This also applies to move objects, such as vehicles within Uber and other tracking apps.

However, the data attached to these objects, such as name, car type, property address, are not tied to GIS. We refer to this as attribute data. It’s vital to use, but it’s not GIS-specific. For example, an address book has plenty of data, but because it's not captured in terms of geo-spatial coordinates, it's simply ‘just’ attributive in nature.

When you combine GIS’s spatial data (typically organized across numerous feature layers) with attribute databases, you are able to utilize GIS in a variety of means. Now, we can display the latter data with spatial accuracy.

Where Did GIS Come From?

To understand how GIS came to be, we can look at its predecessor - spatial analysis - and how GIS emerged as a technology-driven successor.

Since the 1800s, plotting data on a map has been responsible for various breakthroughs. The most famous examples include John Snow’s use of maps to determine the cause of Cholera in London - with Charles Picquet doing similar in Paris. Where snow plotted points on a map, Picquet used a primitive heatmap, yet both signified the importance of geospatial analysis.

Alongside this, we also have cartography and photozincography. With the support of industrial era technology, maps could come in different layers and show different objects (such as vegetation, buildings, or even values like height and water depth).

The first true system to hold the GIS definition likely came in the 1960s in Ottawa, Canada. A system was designed there to store, format and analyze information regarding land usage throughout the country. This was developed in the subsequent decades and used mainframe hardware, as well as data sets from throughout the country - the beginnings of the essential components that make up GIS (but more on that later).

Moving forward to the 1990s, Esri created and released ArcView - a desktop tool for creating mapping systems - which was used by various governments and businesses. Unlike the 1960s solution, this had a user-friendly GUI that made it significantly more accessible.

After this, the popularity of GIS technology only increased as it developed and refined, which is why we’re talking about it today, of course.

With the increased availability of aerial data collection (such as photography and more advanced sensors), satellite images and even GPS-enabled devices, the potential for GIS solutions has really opened up. Likewise, advances in machine learning and big data capabilities have made sure we’re able to efficiently process and utilize all of this new information.

“What is a geographic information system” is really only half of the whole picture. It’s also vital to understand the various components that GIS comprises. It’s these components that app developers use to integrate GIS with their products.

For us to consider something a true GIS system, there are a number of essential components it should have:

Like any system, GIS has to operate somewhere but, thanks to modern technology and the power of the average smartphone, this is an increasingly less important issue. Some systems may run on a centralized computer system, or in the Cloud, while others may be stored in individual devices.

However, due to the size, it’s usually stored elsewhere, with relevant information updated to individual devices. It’s better to call through API than to store a significantly large map and its numerous data layers on a singular device - it would be noticeably less performant.

Hardware alone is not enough, as we also need the software to manipulate, analyze and present this information as required. Given the incredibly broad range of uses, GIS has, this often results in custom made solutions for each niche or industry.

So, what does this software need to do? If we’re building an app, for example, we look to include:

Of course, we may also want to consider additional solutions. If we want to automate our GIS application, then we can need to create or integrate machine learning or big data solutions, depending on our needs. For example, to calculate the best route, we don’t just need GIS information to calculate distance; we need a self-learning solution to use historical data and predict the impact of traffic (vs time of day, etc) and other factors as well.

Like any system, GIS technology isn’t that useful if there aren’t people able to maintain and develop it. After all, the data has to come from somewhere, and these systems are run by technical specialists, enabling us as developers.

For example, this is why we often use open source technologies that generate their own data or call it from official sources. Don’t forget that much of this data is collected through the likes of satellites or cartographic sources. It’s not something app or software developers can do themselves. These organizations and the people within are essential for fully functioning GIS tools.

The most effective Geographical Information Systems have clearly established methodology, governing the likes of business models, data collection and organizational practices. The individual rules will vary from GIS to GIS, but they ensure a reliable, dependable format for other technologies and software to reliably run off of.

Finally - of course - we have to consider data. GIS is nothing without data. As we’ve already mentioned, such geographical data can come from external sources. However, it can also be collected internally, although few companies have these means.

For example, apps that pinpoint your location are able to do this using the hardware on your phone. While we ‘collect’ this ourselves, it’s important to note that this GPS system involves various satellites and hardware that is out of our reach. When we combine this with other information - using GIS to provide relevance and scale - most of this work is done through other hardware and means.

However, it’s the operation of a GIS that creates definable relationships between all of these data points. This is how we are able to edit, manipulate and re-scale our spatial data, as the GIS ensures the relevant distance and relationships stay true.

The Purpose Of GIS

Did you know that most maps don’t accurately reflect the world? It’s a well-documented issue - 2D maps simply can’t show the 3D curvature of the world accurately.

For example, most maps of the world typically use what is known as “Mercator projection”. Thanks to this approach, landmasses are accurate close to the equator, but less so the further out you go. This is because it's a form of cylindrical projection - converting the earth’s spherical shape into a cylinder before flattening it into a 2D plane.

There are other means too, but they all lead to inaccuracies. When you’re trying to define data points or relationships between geospatial features, these inaccuracies are enough to lead to completely incorrect solutions if we use this form of data. This is one of the core reasons why GIS is so important.

This scaling solution also works horizontally too. Put it this way: if you dig deep enough into the earth, the circumference gets smaller and smaller, but a 2D map can’t show this accurately enough, as it wouldn’t hold relevance with the original layers. A sophisticated enough GIS can do this. Of course, we can’t dig that far down, but we can build and fly that high, which are a couple of areas where GIS is incredibly useful.

What Are The Benefits Of GIS?

In truth, GIS can be used in almost anything. It’s potential for planning, analyze or real-time data feeds means there is an incredibly broad range of uses - which means its range of advantages is equally as broad.

However, here are some of the most common reasons why GIS is vital.

With support from GIS technology, a lot of tasks can be streamlined. Naturally, this is only for tasks with some geographical features, such as route planning, where GIS can be deployed to determine the fastest or most efficient routes. This results in cost savings.

There are many times when strong geological understanding is essential for making better decisions. This doesn’t just include the likes of deliveries, as mentioned above, but also about site selection, resource extraction and more. In these cases, location and distance also need to be considered, with GIS providing the most accurate and informed solutions.

When you need real-time updates, GIS can help ensure accuracy. This is important at larger scales, such as charting airline flights and routes, as well as ensuring sharp accuracy on a local scale, such as delivery or taxi tracking. Because GIS ensures scale through relevant distance, these data points are kept consistent.

When trying to interpret spatial data, visuals help a lot. The easiest way to show a certain factor or value in regards to geography, for example, is through heatmaps. Likewise, if we want to visualize locations of certain objects (such as shops, taxis, etc), then we can easily display these on a map as well, all thanks to GIS.

Remote Sensing refers to the identification, observation, and measuring of objections (or locations) without establishing any direct contact. This can be both for safety or ethical reasons, as well as due to restrictions of distance.

The last one has been greatly enabled by GIS. People can now use public data and GIS systems to plan operations in various parts of the world without having to directly visit or be on-site permanently.

Finally, with GIS support, companies can automate a lot of tasks that were done manually. If we use the classic example of a taxi or delivery company, drivers often had to report their locations to the nearest office (limited by short-band radio, for instance), where staff would manually track and chart locations.

Now, with GPS and GIS, HQ knows exactly where every driver is, without having to go through local branches or have drivers manually report their locations. Not only does this keep the company informed, but it also helps in decision making for efficiency (as mentioned earlier). Need to know the nearest potential driver? Now it’s common knowledge.

A Geographical Information System is essential for anything that relies on geospatial data. Whether its analysis or planning, businesses, and their respective services or tools utilize GIS to get accurate information on object locations, distance and other vital factors - most of which can’t accurately be displayed or correlated through traditional 2D mapping means. Through its various components, GIS enables numerous benefits that hide behind many of today’s solutions.