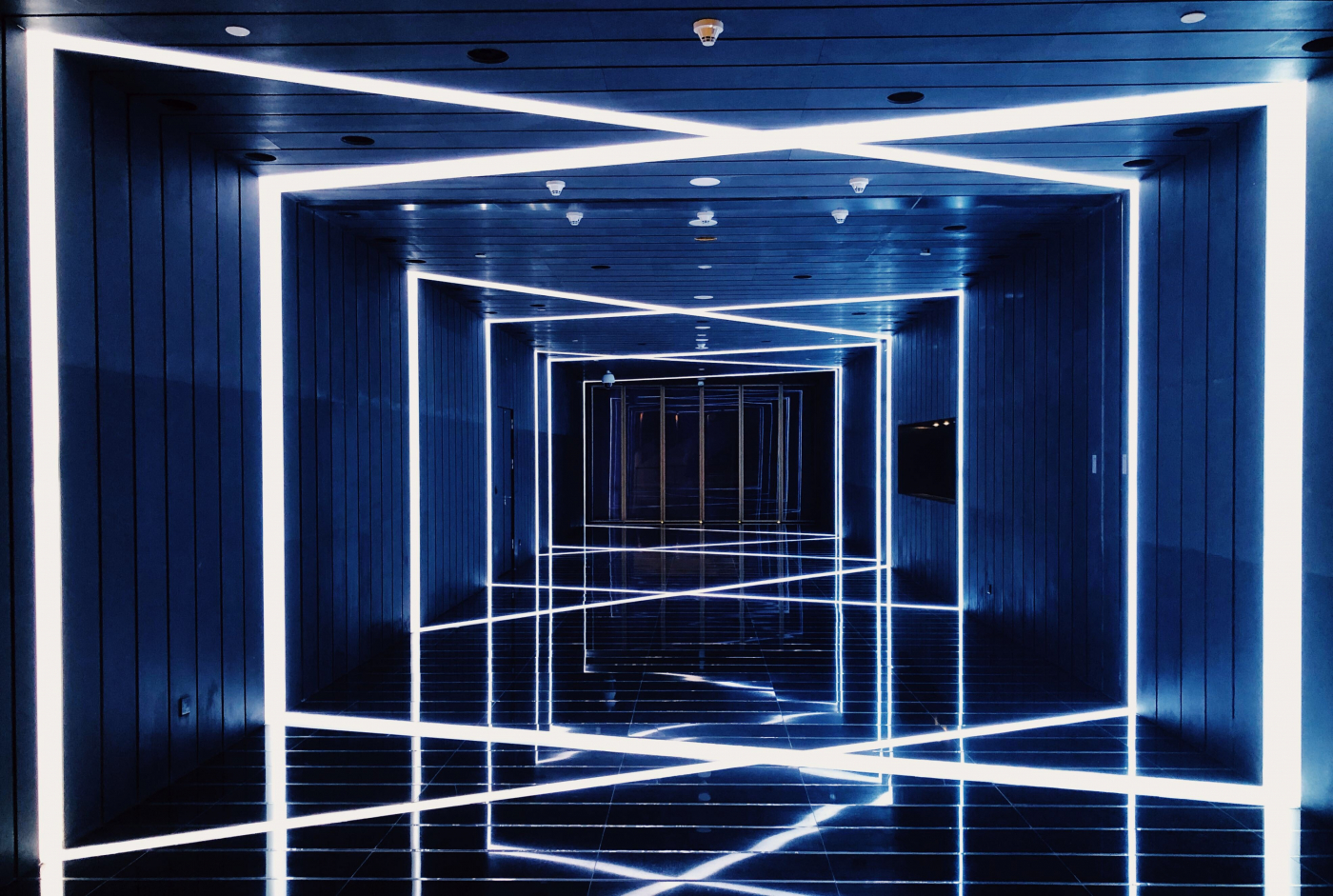 Since metaverse went mainstream in October 2021 when Facebook announced its rebranding to Meta, on the occasion of selling 10 million Oculus VR headsets, the term "metaverse" has often been thought to mean "using the Internet in virtual reality." This is a mistake.

Virtual reality (i.e. VR headsets) will be just one of the ways to access metaverse, and some say that it will not even be the most important.

What is metaverse, again?

The term "Metaverse" was coined by Neal Stephenson in his 1992 novel Snow Crash. Although there is no consensus on the complete definition of metaverse as it's going to develop in our real world, we know that it will be the new iteration of the Internet, in which we will move around and interact with content and environments created by many different people, in a 3-dimensional virtual space instead of by opening a browser window or clicking around an app on a screen. Some of our experience will be through a VR headset (or later perhaps some less heavy gear) and other body sensors. Some of it will be a hologram in our physical world, some will be displayed through AR glasses or on a mobile screen. And a lot of it will still be accessible through a regular computer or a smartphone.

Another difference between metaverse and today's iteration of the Internet is that you access most of the online content today not as a person, but as a device requesting information to be displayed to you - the device user. You do not exist to New York Times, Tech Crunch, or to Youtube as anything more than cookie data and behavioral metrics. In the metaverse, you will be more likely to access content and participate in experiences as a virtual person - an avatar - inhabiting the virtual space. Oftentimes, other people visiting the same space will see your avatar.

The real metaverse will be born when it's no longer just a collection of separate virtual environments with limited access, unlike today where you have to log out of a game to visit a virtual museum, for example. Metaverse will be a shared virtual world where everyone will be able to lead meaningful lives, socialize, work, access and create content available through one meta-platform with universal protocols (like HTTP, FTP or SMTP today) to every user of the metaverse. Whether it's on an open or privately owned basis.

Metaverse will be like an infinite open map online game (think: Skyrim or GTA), but without game objectives. It will havea real economyand world-building tools.

Although immersive graphics and sensory experience (from sight to sound, touch, and maybe eventually even smell) are a big part of the promise of metaverse, this is not the essence of the innovation. The real innovation is adding a new, meaningful layer of human and algorithmic activity on the digital plane.

It will not be separate from the "real world" like online games today, but rather work like an additional dimension of our 4D time-space continuum.

A virtual world will be to metaverse what a building is to a city. And the physical world - like the land where the city sits, with other, non-metaverse buildings, streets and trees, and lakes and mountains in the distance. We will move around this hybrid space and sometimes go in and out of the digital buildings. Some of those buildings will be libraries, theatres, offices, banks or parks and we will bring digital things (digital goods or assets) from them into the physical realm where we eat, exercise, buy the groceries and pay the bills. Some metaverse things will be dynamic objects, not buildings, and we will see them here and now with the right XR (extended reality) gear, like in Pokemon Go. 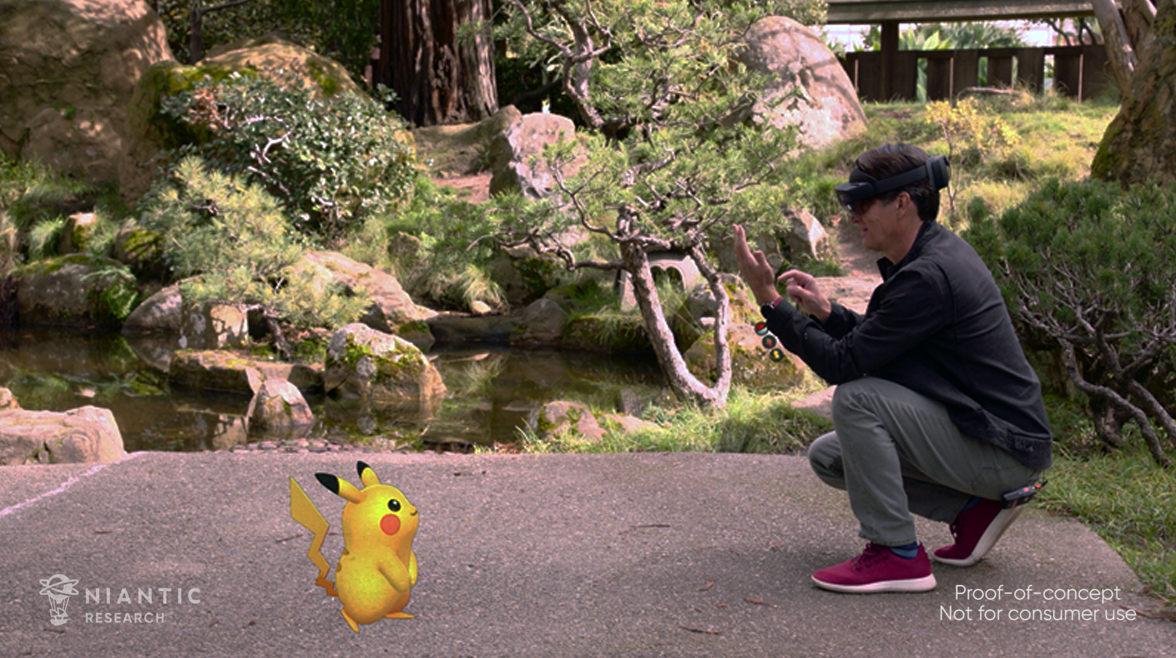 Unlike in Snow Crash, the real world metaverse will be decentralized, not just a virtual reality experience developed by one company, or even a set of separate virtual worlds. And so…

Metaverse will not be a product built by Meta

As confusing as the PR and news coverage might be, metaverse will not be a virtual reality product from Meta, the company formerly known as Facebook. The company will no doubt be one of the dominant forces in building it in the future, just like it has been shaping the whole space of online communication to this day. Just like Microsoft and Apple may come to dominate the hardware market for metaverse access or workplace solutions, and Epic Games might be the biggest provider of virtual entertainment. But the very nature of the metaverse has to be decentralised and open to all creators. And fulfilling that promise will be one of the biggest challenges in the history of digital technology.

Metaverse will have to maintain at least the general standardization, democracy and accessibility of today's Internet, but it is starting without the academic and governmental backbone that ARPANET had when it kicked off. What it is starting with, is the free market baggage of aggressive competition, first-mover advantage of Big Tech and some history of controversial authoritarian tendencies of the biggest players in this digital colonisation race. If it is to become diverse and open like the Internet, smaller players need to have some sort of a fair chance to enter the game and grow in it.

The limitations of VR, or: why most of metaverse will probably be AR 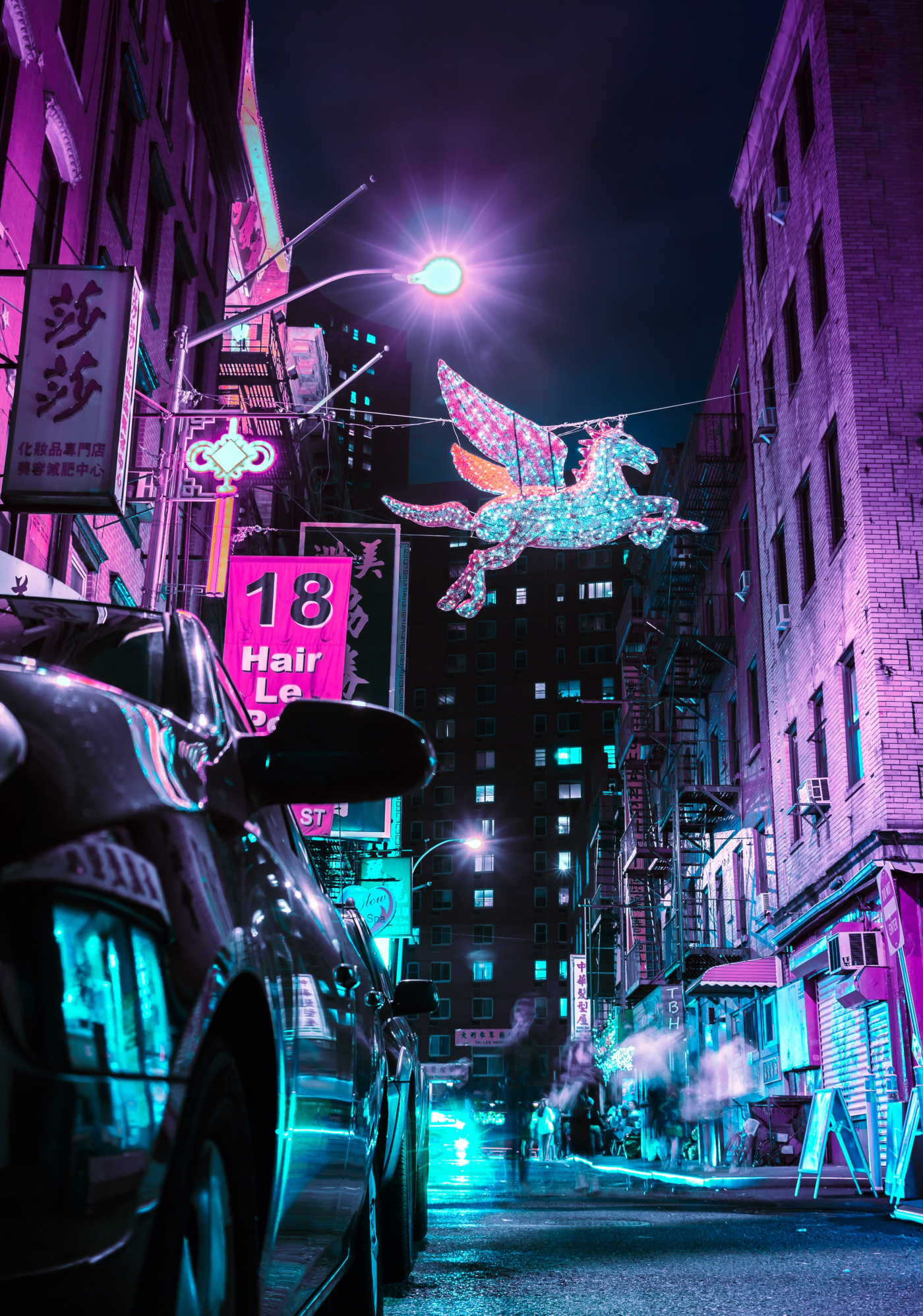 Louis Rosenberg, who was among the first engineers to develop virtual reality technology for NASA and US military, wrote that "the Virtual Metaverse (that is, avatar-based VR worlds ) will be increasingly popular but restricted to limited duration uses. The Augmented Metaverse, on the other hand (that is, the merger of real and virtual worlds into a single immersive and unified reality) will touch every person on the planet and will rapidly transform society. It is the Augmented Metaverse that is the future of technology."

He argues that the main challenge of VR is not high fidelity - or hyperrealistic graphics and sensory effects - but lack of perceptual consistency. In short - with virtual reality, we will always be locked inside an opaque VR headset, usually standing or sitting in our rooms, while the simulation is trying and failing to convince us we're running, flying or moving in an open space. That is not the case for AR, which will have the advantage of integrating into our physical surroundings.

Even more far-reaching predictions about the future of metaverse say that the technology won't stop at AR - we might navigate the virtual world via a Brain-Computer Interface (BCI), such as a brain implant.

How metaverse will use VR, AR and MR in new ways

Any product involving virtual reality is just one product, usually designed for one purpose, with its ownners' money invested into a given business outcome.

Thanks to network effects, metaverse could be a chance to open-source the mechanisms of collaboration and interoperability, let those experiences interact with each other and build new, richer experiences than we can achieve today. If it manages to engage content creators into creative communities with diverse specialisations, it could use the capacities of virtual reality, augmented reality, mixed reality and other types of human-computer interfaces to create completely new level of digital life. And it won't be populated solely by tech enthusiasts and gamers, but your aunts and neighbors as well.

In the metaverse, virtual, augmented and mixed reality will be used for things we now do through ordinary graphic interfaces or video. An obvious example is virtual meetings, multiplayer games and conference calls. There are also some less-obvious ones that will become richer and better thanks to these technologies, and might even compel millions of people to invest in XR devices.

Here are some of the possibilities:

Digital twin is a digital recreation of a space or object from the physical world, representing its state in real time (e.g. through the use of IoT sensors). You might not realize it, but you're probably using one already - Google Maps is a very simplified digital twin of most of this planet.

Since real metaverse is commonly imagined as fully interoperable with the physical world, experiencing it through virtual reality technology, whether on VR headsets or just as a simulation on a smartphone, will require creating such a digital twin - a mirror world for us to move around in. It might be cartoonish, like real-world landmarks recreated in Minecraft. Or it might be hyperrealistic, like the 3D digital twins created by engineers and scientists with nVidia's Omniverse.

However it's rendered, we will be able to visit locations and people from the other hemisphere without leaving our homes. And engineers, architects, city planners and government officials will be able to simulate threats, planned construction visualisations, traffic, weather and other conditions. Probably in real time, too.

But, keep in mind that those digital twins, even if realistic and fully immersive thanks to virtual reality or mixed reality gear, are not yet metaverse, although one day they might inhabit it. 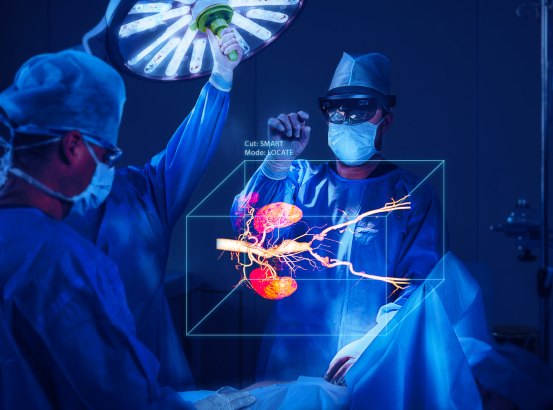 Extended Reality (XR) technologies are used today in many professional settings by engineers, medical students and doctors, city planners, climate scientists. Since the start of the pandemic, an increasing number of companies has been using Virtual Reality or Augmented Reality technologies to train their staff remotely - whether it be workplace safety training, electric grid maintenance or open heart surgery.

As the real estate market in the physical world is growing less and less accessible to a regular human, some investors believe that we will take our dreams of building a house to the metaverse. 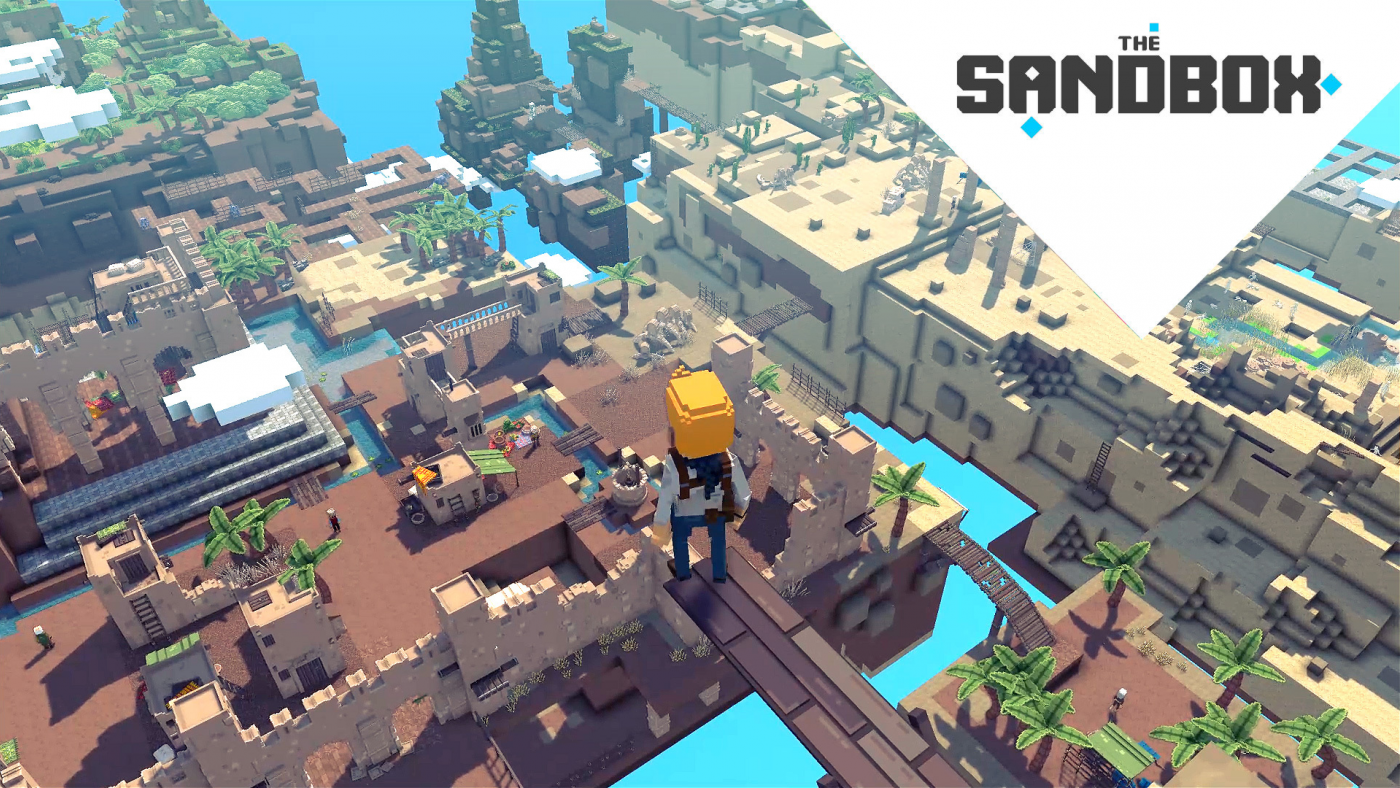 Sandbox is an example of a virtual world where new cities can be built and virtual real estate can be traded.

The advantage of a digital world over the physical environment is that technically, there are no limits to how much construction materials we can use, or how much space. In the right regulatory climate, metaverse could be the home of perfectly designed virtual cities where we can spend hours sight-seeing, shopping, working and hanging out with friends.

Social distancing over the last two years has convinced a lot of people to try socializing via the internet, usually through video chats. Eventually, virtual event or virtual office platforms have developed and innovated to provide a resemblance of being in a shared virtual space. Most of these solutions were very simple, based on 2D venue plans and clicking buttons on a website.

With Extended Reality technology, we will be able to feel like we're there, talking to someone or watching someone on the stage. Fortnite and Decentraland already host virtual concerts. As metaverse evolves, it might become a new normal to go to one concert or on a walk in the physical neighborhood with your local friends one day, and teleport to a virtual concert or museum with your friends from other continents.

Is Mixed Reality the future of the Internet?

As long as there is any future ahead of the Internet, it's not possible to predict which technology will eventually dominate it. Whether it be metaverse in virtual reality - navigating the digital universe in a VR headset, or seeing digital avatars and objects as holograms in our physical space, or wearing augmented reality contact lenses and brain implants. Most likely, the future of the metaverse will be mixed, and each metaverse development company will choose the technology that best works for the digital reality it creates.